Film: Godzilla (2014)
What: Walter White shows up on screen with Bryan Cranston

Although the Godzilla remake wasn’t as bad as we thought it was going to be — it was too long and still had plenty of cheese and SPOILER ALERT: Cranston dies way too quickly — but seeing the Walter White / Bryan Cranston connection was, well, not really that cool. But we still spotted it. Film: Cloverfield (2008)
What: Dharma Initiative symbol from Lost shows up in the opening credits

J.J. Abrams, director of two huge Star Trek remakes, the Lost pilot, and the forthcoming Star Wars Episode VII: The Force Awakens gave a nod to those stranded on a mysterious island by placing a Dharma Initiative logo at the start of his monster movie, Cloverfield. It’s quick and easy to miss — kind of like Cloverfield, except we actually enjoyed the film — and there’s no reason to believe the films connect, but it’s certainly doesn’t show up by accident. 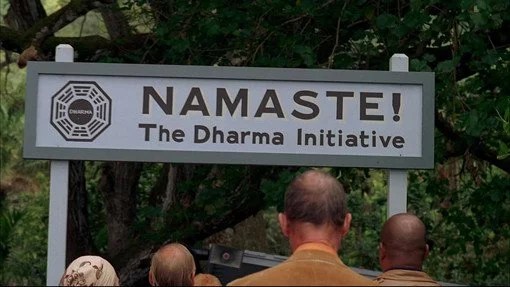